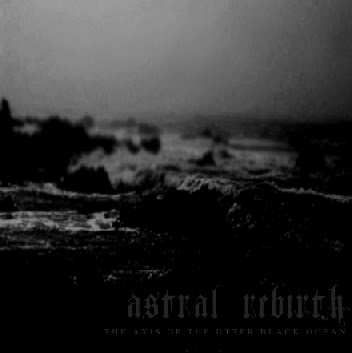 Not much on quantity with this demo, only two actual cuts with an instrumental intro and outro. That notwithstanding since this Mexican duo comprised of Aneurysm on synths and vocals plus Oblivion on guitar are more interested in producing quality. When it comes to the band's sound then the devil is in the details. According to them their music is Atmospheric Black Metal which is something I'd agree to. The sub genre term has been battered around so much by the creative artists, BM fans and chat room trolls for many years now. Debating it is really a waste of time. So I'll just say this as bluntly as I can. If you're some clown who says you like black metal but can't sit still for a song longer that three minutes without scratching your nuts, go away. Everyone else who revel in the inaccessible please continue.

Skipping the intro and outro completely, sorry guys, the first cut "Distortion Mental Process" builds upon a foundation of distorted tremolo picked guitars, blastbeats and tortured vocals all of which was laid out by a certain infamous Norwegian BM artist many years ago. The almost twelve minute song doesn't linger in homage but quickly moves off into a more modern Atmospheric BM direction. This is done by slowly slipping in the synth as a back drop and transforming it into a more prominent role at around the five minute mark. I thought it was unfortunate that the guitars tended to overwhelm the production at such a key point. Hey it's still a demo but some bands can put out a demo that's more satisfying then what you hear from a major indie label.

The second cut "Astral Rebirth" is by far the best of the two. Only chiming in at a few ticks short of nine and a half minutes it's on here that the duo marries the instruments perfectly. There's a majestic DRUDKH type of influence to it which I like. Still Aneurysm's vocals, which are actually beast like roars, are over shadowed by the music. One only needs to wonder what would it all sound like under different production standards? This is just their second demo so who knows, at least they're keeping it within the BM template instead of dripping off the side like so many post-bands do.