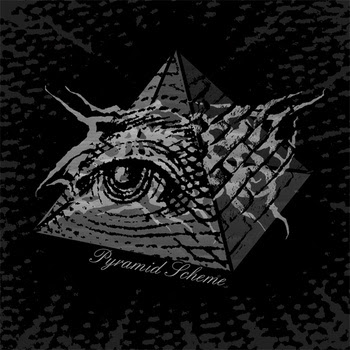 You know that feeling when you admit to yourself that you were completely wrong about something? I have that now after listening to this three song release. Back in February I reviewed this band's full length release, Reconfiguration Of Reality, and in all honesty I didn't give it a shining review. Now I'm here reviewing this their latest release and either this band has made some changes or I'm about to eat crow. I think both parts will become reality. Now I'm not crazy, well the doctors at the institution did say I was insane but that's beside the point, but this Orlando, Florida band has a alligator singing for them. Now I've seen band photos on their Myspace and Facebook pages and the guy, Franz (?), looks by all appearances human. Although the sound emanating from this guy's throat sounds completely inhuman.

You listen to the opening cut on here "Beyond the Senses" and around three quarters of the way through this guy lets out this, this SOUND (for lack of a better description) that should not come from something walking on two legs. Look I listen to a lot I mean a lot of extreme music. You have your harsh vocalists who sound like hissing serpents. Then there's your growlers who might be the offspring of cavernous beasts. This guy on here was either raised by alligators in the Florida swamps or he's one of those human/reptilian hybrids that you hear about on Coast to Coast AM late at night. Fuck I want a recording of this guy's voice for a door bell. I would never be bothered by door to door solicitors ever again. He's even more sinister sounding on the other cuts, "Irreversible" and the title cut. If I was in the audience at one of their shows I would not be standing directly in front of this guy. In between songs he might just bite your fuckin head off.

Musically this band is still technical but in an incredibly good way. I'm not a huge fan of bands who throw so much speed and guitar pyrotechnics at you that after forty minutes of listening you're just sitting in your chair shaking, pissing and shitting all over yourself. PUTRESCENT SECRETANCY structure their songs with an almost inviting avant garde essence that's part sickness part technical then once inside they bludgeon you. That is the kind of band progression I can handle. If you can imagine what KILLDOZER would sound like if they played brootal death metal then you might get it. I've listened to this for over an hour now and I'm feeling physically sore from it but in a good way because I'm a sadist. I can just imagine what a full length of this, their present direction, would be like. Yeah and I'd be bloodied but unbowed. This band should not be self releasing their stuff but instead should have a label doing it for them. There are way too many bands out there in the realm of extreme metal who liken themselves as "brootal". I'm not gonna mention names but the lion's share are simply noise for the sake of noise and that gets boring quickly. PUTRESCENT SECRETANCY are a mile ahead of them. Nuff Said!