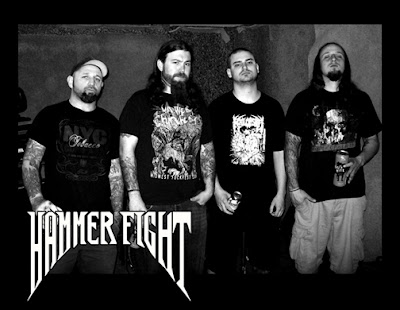 New Jersey's resident hell-raisers HAMMER FIGHT (a band I gave a helluva review to last year)premier the video for the song "Get Wrecked," off the band's self-titled EP. The video features a typical HAMMER FIGHT house party with additional footage shot at The Irish in Kearny, NJ. Typical? Yeah right. You can check it out yourselves here:

In other HAMMER FIGHT news, the band recently spent time in the studio to record two new songs. The first of which, entitled "A Corpse Is A Corpse (Of Course Of Course)," was recorded for the forthcoming film "The Living Corpse." The second tune, "Ginger Rails," is set to be released as a digital single by the band in the coming weeks. Look for it at an online distro or in a strip club near you soon. 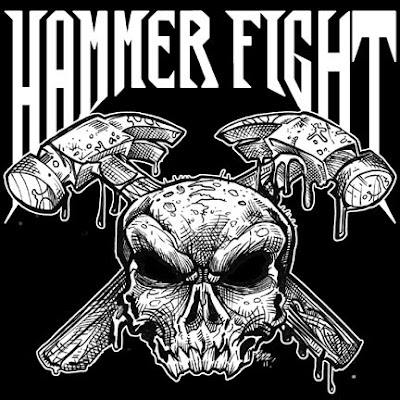 Just an info reminder, Spawned from a New Jersey scene saturated with death metal and hardcore, HAMMER FIGHT brings a sound that many kids these days may have missed; Hard Rockin' Metal. Versatile enough to share the stage with the most extreme death metal acts to classic hard rock bands and everything in between. HAMMER FIGHT is here to kick some ass!