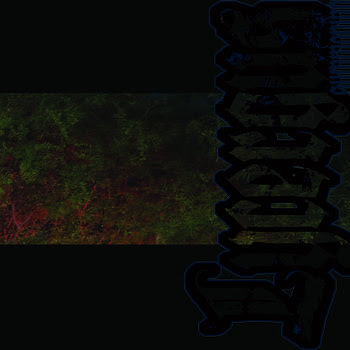 I know this band will probably take it as a compliment were as some others out there reading this will make grim faces but these guys sound a bit like WOLVES IN THE THRONE ROOM. LYCERGUS are a four piece act (two guitarists, bass and drums with one guitar player singing) hailing from Wichita Falls, Texas. This full length release of theirs, Summoning, was originally released by the band in the Fall of 2010. Why you may ask am I checking it out now at the beginning of 2012? They asked me to and I didn't post it last week. Now as far as the WITTR influence I'm not talking about the more modern stuff. If you think back to their early demo material (don't lie I know you have a copy burned to a CD-R which was downloaded from some BM site) which was one part of what we now call and snicker at, the cascadian style sound plus other styles. This band even adds some acoustic guitar on "Hymm 1: Wolf and Fear" if that tells ya anything. Once in a while they'll deviate from the template by adding some classic metal rhythms ala more modern ENSLAVED.

Yes this is pretty straight forward by the numbers WITTR worship right down to the post-rock elements, one tone rasped vocals, steady blastbeat action and repetition, repetition, repetition. Although the songs on here do bleed into each other well at least they are separate cuts as opposed to long drawn out epics. There are no fourteen minute journeys in cascadian noise oblivion. LYCERGUS do know when to cut things short since this release has six songs on here with the longest running less than eight minutes. Actually the final cut, "Abjuration" (You Cannot Create With Me) is really a slightly over two minute ambient piece of feedback. The production on here even resembles WITTR's early demo quality sound but that's on par with trying to draw the listener in with trance inducing waves of repetitive riffs. There's no such thing as originality in black metal nowadays and when anyone tries then it's so far off the template that it's recognized as something completely different. (Transcendental black metal anyone? Yeah right don't make me laugh, again) I'll give em credit were credit is due at least I like this better than WITTR's last one from this past year.