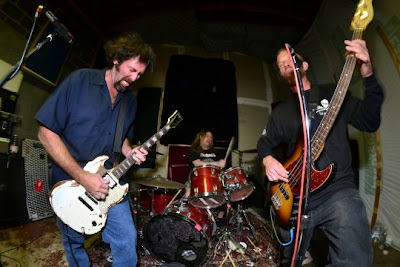 Following a short batch of dates with Clutch in December, Raleigh, North Carolina legends CORROSION OF CONFORMITY are pleased to announce a U.S. headlining tour this March. Set to commence on March 1 at the Gramercy Theatre in New York City, the trek will hit 15 cities including two performances at this year's SXSW Music Conference in Austin. The band will be joined by Torche, Valient Thorr and A Storm Of Light.


Commented vocalist/bassist Mike Dean of the upcoming shows: "We think the lineup of music on this tour is really compatible without every band doing the same thing. We're really proud to be on this bill and touring on a new album."


As a precursor to the tour, the band will play one-off show with Hail!Hornet at the Orange Peel in Asheville, North Carolina on January 22. The special performance will coincide with a screening of Slow Southern Steel, the long-anticipated southern metal documentary produced by Rwake vocalist, CT.


The U.S. run of dates will coincide with CORROSION OF CONFORMITY's self-titled full-length, set for North American release on February 28, 2012 via Candlelight Records. Recorded at Dave Grohl’s Studio 606 in Los Angeles, the 11-track offering was produced by the band in cooperation with long-time collaborator John Custer, mixed by John Lousteau (Foo Fighters) and sports artwork by Seldon Hunt (Melvins, High On Fire). Featuring the esteemed Animosity line-up of vocalist/bassist Mike Dean, guitarist Woody Weatherman, and drummer/vocalist Reed Mullin, the album’s release closes a six year recording gap and completes over a year of concentrated writing and recording for the band.