RITUALS OF THE OAK - Come Taste The Doom CD review 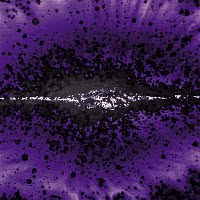 RITUALS OF THE OAK - Come Taste The Doom CD

I've only become a fan of Australia's RITUALS OF THE OAK since last year after I listened to them on another Eyes Like Snow release. That one was the 3 way split release with them, APOSTLES OF SOLITUDE and THE FLIGHT OF SLEIPNIR. All three bands were good of course but where the other two bands contributed two tracks each, RITUALS OF THE OAK's had just one long track on it. That was the over seventeen minute epic "Hallward". Of course what captured my attention besides the crushing riffs and subtle bass / drum interplay was the band's vocalist Sabine Hamad. It's not that Sabine does anything outstanding or different from most other female vocalists in doom circles. Basically she has a great voice and didn't do anything quirky or ridiculous to turn off the listener, aka: me.


So here we are with a new full length, the band's second one since starting out in Sydney from the ashes of two other acts, LYCANTHIA and TRANSCENDING MORTALITY back in 2008. I haven't heard the band's debut, Hour of Judgement, from 2009 although from what I've read it was not so well received. That shouldn't be the case with Come Taste The Doom. Sure it's a cliche title but a lessor band couldn't pull off calling their release that, RITUALS OF THE OAK can and does throughout with these five cuts. Much like their peers the WOUNDED KINGS from England, the guitar, bass and drumming take up most of the time within their cuts. That leaves little space for vocalist Hamad except to shine for every second she's on tape which she does. I really like her vocals because she's not trying to be a witch or gothic. She comes across with a natural singing voice that adds melody to the crushing doom around her. Great stuff.