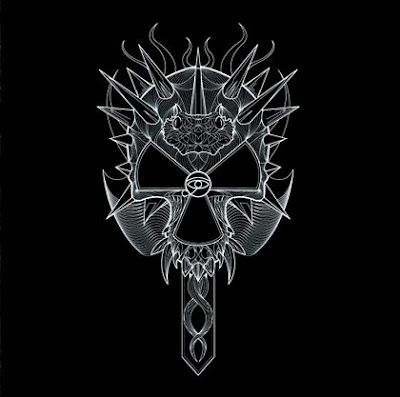 CORROSION OF CONFORMITY - Self Titled CD

I live in Raleigh, North Carolina so I've had the pleasure of seeing COC quite a lot. To just give you a rough estimate I'd say well over a dozen but less than twenty. Of course the majority of those shows was when they were a three piece (aka: Mike Dean on bass & vocals, Reed Mullin on drums & vocals and guitarist Woodrow Weatherman) doing a few songs from Eye for an Eye but most from Animosity. I also saw them with Simon Bob singing during their Technocracy era. All of those shows were at a club called the Brewery which has recently been torn down. I also saw their Blind era lineup once at a larger local venue back in the day. I never saw COC after that which I refer to as the "Pepper years". Moreover I was not a fan of that material as well since for me COC's best record was Animosity.


This brings me to an obvious point which is that most bands who have been around for a long time (COC has endured for 30 years) will have fans who favor one era over another. Ever since COC returned to form it's obvious that old fans from their hardcore days (that would be me) are excited, whereas those fans who got into them during their later years ask "where's Pepper?" I've even (by accident of course) had the displeasure of catching two early reviews of this new one. The first by an obvious later years fan because the writer spent the whole first paragraph complaining about Pepper not being on this release. (And people say I editorialize) The second one was from the local indie rock paper where the hipster douche bag scribe submitted three paragraphs of dense, pretentious and barely readable analysis of one Soundcloud preview cut. Thankfully I'll give you something better but beware I've already admitted my bias. I've also listened to this for ten hours straight.


First off when I interviewed Woody in December he said that this new one will have influences from all of their eras. Well he was right about that. On opener "Psychic Vampire" is SABBATH on speed with a few bong hit mellow breaks and ending it with their modern era Southern groove. This is followed up with "River of Stone" a complex song with enough time changes to snap a vertebrae which is pure latter era COC. "Leeches" is a little over two minutes of Animosity era ferocity. A warning for old fucks like me, don't do any stage dives off the furniture. Next up is what I call their experimental moment. "El Lamento de las Cabras", which translates into The Lament of the Goats, is a doom instrumental which shows the band stepping out of their traditional element. I was surprised to see them include "Your Tomorrow" as a regular track. It's a great song but has already come out on the 2010 EP. "The Doom", one of two early leaked cuts, is another melding of SABBATH riffage with hardcore break outs. It's my favorite cut on here.


The latter half of this release is more of the same great material. Not taking each one in order let me just say it's an assorted bag. Songs like "The Moneychangers" and "What We Become" are latter era influenced classics with grunge accented rhythms. "Rat City" is another hardcore pit starter. Were as "Come Not Here" and "Time of Trials", another leaked song, display more of the band's modern (as in now!) direction. When it came to defining this eponymous release I just had to call it metal. The band combines sludge, stoner grooves, real hardcore and raw metal into one huge monstrous beast. I think this release will appeal to old fans as well as brand new ones which I think is cool as fuck. For those of you who got into COC in the mid 90's well maybe not. Either way this new revitalised and retro-fitted COC release shows that these guys have a new lease.