3 INCHES OF BLOOD - Anthems for the Victorious EP review 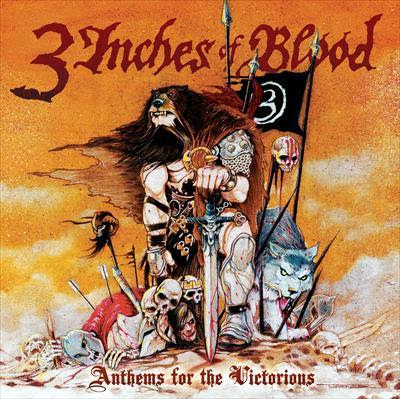 A two song release which has been put out on vinyl and digital formats. Widely released? My fuckin ass and even though this is a return to form for this act. To me it's just a goddamm demo and the production job backs me up on that point. I say return to form since their last full length Here Waits Thy Doom was a slight departure for them in sound as well as style. A good release sure but no Fire Up The Blades. Both cuts on here, "Lords of Change" and "Strength of the Grave" sound good but not top tier front of the pack songs. Cam Pipes is again the sole lead vocalist thankfully which is how I saw em live a few years back. The two songs have that galloping quality of the past but still it's just missing that over the fuckin top push. Average on here but we'll see what happens when these are added to their next full length.

Labels: 3 INCHES OF BLOOD - Anthems for the Victorious EP review