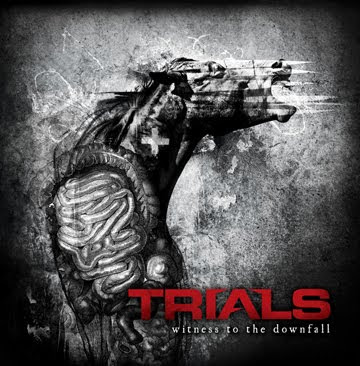 In a field overflowing with sound alike bands Chicago's TRIALS are in for an uphill battle with their brand of Death Thrash Groove metal. This is what I always call Cable Metal referring to the stuff played on the local cable provider's Metal music channel. It could also be found on satellite metal radio channels as well. If their goal was to be mainstream sounding then hey they win. You've got the common screamed and clean vocal change offs which I really do hate. Musically their songs delve into MACHINEHEAD territory, who are a band I really do hate. While they try to stick with some heavy handed riffs as well as tech death time signatures TRIALS also accents a few cuts with full on melody plus a few acoustic moments. To me that's just an excuse for trying to stand out from the pack which in the long run makes them sound like wimps. I really do hate wimpy wannabe metal bands. Do these guys have those Hot Topic mall rat kiddie haircuts as well because I really do hate those too. OK I checked and they don't, lucky for them. After a few listens of this I wanna go to a mall and punch out a kid in a Hot Topic store. I could probably get arrested for that, going to a mall that is.