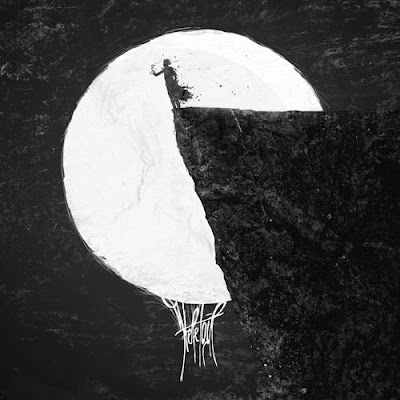 Every time I write the words Shoegazer Black Metal someone asks, What? Even though this style of BM has been on a constant growth process for the past few years people still don't know about it or refuse to acknowledge it. Obviously the metal hating crowd tends to like it more as well as hipster retards who don't know what metal is. For the rest of you it's depressive black metal mixed with a more melancholic post rock and the English shoegazer sounds of the 90s. Sometimes it can be decent by creating a dark atmosphere that envelopes the listener while still keeping within the blackened framework. Other times it's pretentious bullshit in which the artist who created it needs a bullet in his fuckin skull. The best Shoegazer Black Metal comes from Europe while the worst comes from the states where each artist who created it needs a bullet in his fuckin skull. Some people now (re: idiots) are trying to label it "blackgaze" which not only is stupid but whoever uses that term needs a bullet in his fuckin skull. Now is everyone up to speed on Shoegazer Black Metal? Good now lets proceed.

This German band HERETOIR, which is Eklatanz who sings and plays all the instruments plus Nathanael who takes care of the bass (what bass?) as well as backing vocals (again what backing vocals?) is not new to the scene. They have released a few demos and splits but this is the debut full length. The thing that makes this blackened style enjoyable and interesting is when the artist can carry you along in some relaxed state. Making you drowsy means failure. HERETOIR fails on here because there's far more attention paid to the sugary shoegazer sound then black metal. I could see this played over the intercom system in an office building full of ethereal losers. This is earth fart music plain and simple. Hey Eklatanz where's the fuckin metal? Even France's ALCEST incorporates some metal into their sound albeit their last outings have been sad. Musically this is all blue skies and bunny rabbits with plenty of acoustics and keyboards.