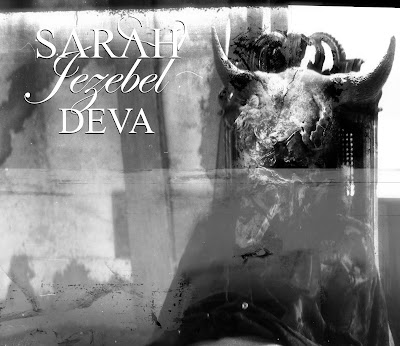 This woman use to be a backup singer in CRADLE OF FILTH but in 2008 she left mostly likely because fans kept mistaking her for Dani Filth and visa versa. I own one COF release and yes it's their debut, everybody has that one. Now as far as reviewing goes I never touched their stuff, obviously, except when I was actually sent Thornography to check out. Needless to say that dink ended up hanging on a string in my garden afterward to scare away the birds. So as far as COF history or former band members goes I don't know much nor do I care to learn. Unfortunately I was sent this in for review which means my career as a music writer ain't over till the fat goth girl sings. I'll try to make this as less painful as I can. The Corruption of Mercy sounds like the last COF release I heard, Thornography remember the garden story, yet with a female vocalist who sings cleanly and operatic. To this woman's credit she wouldn't done better if she took the musical path to opera instead of rock music. She would probably look better on stage singing in a bulky viking princess outfit then a black corset. Trust me I've seen pictures and the corset was offended. Personally I thought that whole Goth thing with mall rats hanging at Hot Topic was over with.


I really doubt some 14 to 16 year olds are reading this but just in case they are then this is a treat for you Halloween is everyday types. The first four cuts on here are COF, modern day DIMMU and progressive Goth metal influenced to the hilt. There's plenty of programmed orchestration, triggered drumming and the obligatory stale studio guitar sound character. Frankly Sarah's vocal performance is the only thing worth while about this dink. Things change up on the CRANBERRIES cover, "Zombie", where Sarah treats her pipes to a death doom musical background. I thought it was the best track on The Corruption of Mercy since it's the flipside to what is traditionally a male growled vocal song. "Sirens" isn't bad either since it's more in the vein of 80's female fronted traditional metal. The title track is slightly enjoyable with it's gothic doom overture. If Sarah really broke free from all of the COF goth rock trappings and concentrated more on the styles of the decent stuff I mentioned then she'd produce a top notch album. But hey what do I know. The goth kids will probably hate the tracks I liked and love the ones I berated. Yeah well.